The name Audi ultra brackets together all efficient technologies from Audi that jointly pursue the goal of further reducing CO2 emissions and fuel consumption. This includes improvements in many areas, especially advances that have been made in lightweight technology and conventional drive technology.

Conflicting expectations are placed on modern-day vehicles: they are meant to offer greater power and comfort on the one hand, while being more economical and efficient on the other. With Audi ultra, we have resolved this conflict by scrutinising each and every component. We seek high levels of functionality while minimising weight. The result is an intelligent mix of materials that even allows engines to be smaller. Lighter vehicles no longer need a large engine to be agile.

For example, all TDI and TFSI engines with Audi ultra produce more power per litre of displacement, making them more efficient than the corresponding engines used in earlier model series. Fuel consumption and CO2 emissions are reduced accordingly.

But that is not the only measure for improving efficiency. By means of recuperation, for example, the kinetic energy taken from the vehicle when braking and coasting is converted into useful electrical energy by increasing the alternator voltage, and temporarily stored in the vehicle’s battery. This energy is used to relieve the load on the alternator during subsequent acceleration or constant-speed driving, saving up to 3% fuel and cutting CO2 emissions depending on driving cycle. Audi already uses this technology in many of its models. When the vehicle comes to a standstill and the driver takes his or her foot off the clutch, at traffic lights or in a traffic jam for example, it hardly uses any fuel. The start-stop system turns off the engine and restarts it as soon as the clutch is pressed. 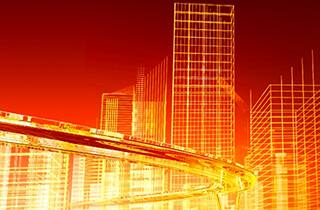